“Discriminating Gender: Legal, Medical, and Social Presumptions About Intersex and Transgender People” analyzes the significance of the binary gender presumption in legal responses to intersex people and to transgender people. Both intersex and transgender status challenge familiar understandings of gender, sex, bodies, and personhood.  Intersexuality challenges the cultural belief that everyone can be, and should be, categorized as female or as male.  And transgender status challenges the belief that gender and sex are always coincident and that they are established at a person’s birth.  More fundamentally, differences in social and legal responses to both transgender people and intersex people reflect the extent of the challenge that either group may pose to the widespread presumption that gender is binary.

In tune with that reality, other societies have constructed fluid visions of gender.  Susan Stryker has reported:

Historically and cross-culturally, there have been many different systems of organizing people into genders.  Some cultures, including many Native American cultures, have had three or four social genders.  Some attribute social gender to the work people do rather than to the bodies they live in.  In some cultures people can change their social gender based on dreams or visions. . . . .  [G]ender . . . varies from place to place and culture to culture, and . . . is contingent . . . . 4

For centuries, marriage was deemed to be a relationship between a man and a woman.  This discussion considers a powerful example of the implications of the binary gender presumption, though it is of historic interest now, at least in the United States. Three British cases, decided between 1963 and 2001,5 show the unquestioned strength, even into the present century, of the binary gender presumption in responses to disputes about the validity of a marriage involving an intersex or transgender person.  Although the courts reached distinct conclusions in each of these cases (decided between 1963 and 2001), the reasoning behind all three decisions depended upon the binary gender presumption.  In the United States, the sex and gender identity of marriage partners became irrelevant in 2015 when the Supreme Court recognized a constitutional right to same-sex marriage.6 Before that, courts rarely validated a marriage that included a transgender partner,7 and when they did, they grounded their reasoning on the conclusion that the marriage included one male partner and one female partner, even if one party was identified with a different gender at birth.

In another context – one involving requests for changes in gender identity on government documents – openly intersex people have faced significant hurdles, even as compared with those faced by transgender people in recent years.  Zzyym v. Tillerson (originally Zzyym v. Kerry)8 is illustrative.  Zzyym, born intersex, did not identify as male or female.  They9 requested to be identified as “X” (neither male nor female) on their U.S. passport.  Zzyym sued the Department of State for refusing to grant them a passport that did not identify Zzyym as male or female.  Zzyym, a veteran,10 produced medical reports from the U.S. Department of Veterans Affairs affirming that Zzyym was intersex.11  Nonetheless, the lawyer for the government explained that Zzyym could identify as “male” or “female” but could not receive a passport if they refused to identify as one or the other.   Judge Jackson, presiding in a U.S. district court in Colorado, summarized Zzyym’s quandary:

Judge Jackson directed the Department of State to review its policy regarding gender identification on passports.  In mid-2017, the Department responded that it had completed that review and would continue to refuse a passport to anyone who refused to identify as male or female.  At that time, Judge Jackson consented to review the constitutionality of the Department’s position. 13

Transgender people have also faced challenges when seeking to change their gender on government documents.  However, in recent years, the federal and state governments have shown more flexibility in responding to requests for changes in gender identity from transgender people than to requests from intersex people to be identified as part of a third gender or of no gender.14 This difference reflects the law’s commitment to preservation of the binary gender presumption.

Yet, transgender people have faced a series of legal setbacks since the start of the Trump administration.  For instance, in July 2017, President Trump announced that transgender people can no longer serve in the nation’s military.15 The consequences of that announcement are not yet clear. The nation has reached a decisive moment concerning the rights of transgender and intersex people.  The path it chooses will impact the people most directly involved, all members and supporters of the LGBT community, and the society.

1  This summary of “Discriminating Gender” is being published with the permission of the Editor-in-Chief (2017) of the Southwestern Law Review. 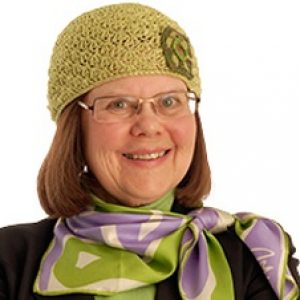 Law at Hofstra Law School. She has a B.A. in philosophy from Barnard College, a Ph.D. in anthropology from Princeton University, and a J.D. from the Yale Law School. Her research combines insights from anthropology and legal scholarship.

Professor Dolgin is the director of the Gitenstein Institute for Health Law and Policy and co-director of the Hofstra Bioethics Center. In addition to her position at the law school, she is a Professor of Science Education at the Hofstra Northwell School of Medicine and is a faculty member in the University’s Public Health Program. Before

coming to Hofstra she taught anthropology at Columbia University and served as an associate at Davis, Polk & Wardwell in Manhattan. In 1988-89 she was a Fulbright Scholar at the Hebrew University in Jerusalem. She has also held appointments as a visiting professor of law at Cornell Law School, Boston University School of Law, and Cardozo School of Law.

Professor Dolgin’s books include Jewish Identity and the JDL (Princeton University Press), Symbolic Anthropology (co-edited, Columbia University Press), Defining the Family (NYU Press), and Bioethics and the Law (co-authored with Lois Shepherd and now in its third edition, Aspen Publishers). Professor Dolgin has written many articles, published in a variety of law reviews, other scholarly journals, and edited volumes. Professor Dolgin lectures widely in the United States and abroad about health care law and bioethics.