The Patients Were Saved. That’s Why the Families Are Suing.

What happened to Beatrice Weisman before dawn on Aug. 29, 2013, was not supposed to happen: The medical staff at Maryland General Hospital found her in cardiac arrest, resuscitated her and kept her alive.

The matriarch of a close-knit family on Maryland’s Eastern Shore, Ms. Weisman, then 83, had suffered a serious stroke in June and had spent weeks in two hospitals.

Fortunately, she and her husband had drafted advance directives; she named her husband, William, to make medical decisions if she became unable to.

In August, as her condition deteriorated, Mr. Weisman convened a wrenching family meeting at their Easton home. With the support of their four children, he authorized Medical Orders for Life-Sustaining Treatment, known as a Molst form, stating that if his wife’s heart or lungs failed, she should be allowed to die. 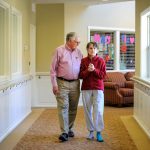 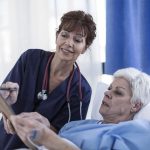