Assisted suicide is controversial, but palliative sedation is legal and offers peace

Toward the end, the pain had practically driven Elizabeth Martin mad.

By then, the cancer had spread everywhere, from her colon to her spine, her liver, her adrenal glands and one of her lungs. Eventually, it penetrated her brain. No medication made the pain bearable. A woman who had been generous and good-humored turned into someone hardly recognizable to her family: paranoid, snarling, violent.

Sometimes, she would flee into the California night in her bedclothes, “as if she were trying to outrun the pain,” her older sister Anita Freeman recalled.

Martin fantasized about having Freeman drive her into the mountains and leave her with the morphine drops she had surreptitiously collected over three months — medicine that didn’t relieve her pain but might be enough to kill her if she took it all at once. Freeman couldn’t bring herself to do it, fearing the legal consequences and the possibility that her sister would survive and end up in even worse shape. 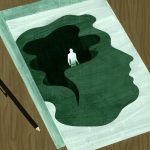 Alzheimer’s? Your Paperwork May Not Be in OrderAdvance Care Directives, Advance Directive, Advanced Care Planning, dementia, End of Life Care