In August 2015, Matthew Goodison-Orr, a third-year Hofstra University law student, began working with Gary Port, a West Hempstead resident, attorney and U.S. Army veteran, on a pro bono legal case: A marine had suffered a brain injury and post-traumatic stress disorder while on duty in Iraq, and never received treatment from the military after he requested it. He began to self-medicate with marijuana, and was kicked out of the Marine Corps after a urine test.

“We got his records together and submitted an appeal,” said Port, who claims that only 5 percent of upgrade appeals are successful. “We successfully secured his upgrade right before Thanksgiving, and now he can go to an employer with an honorable discharge.” 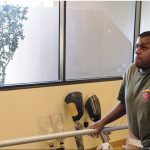 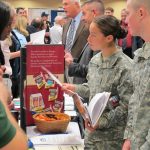 Veterans may be overlooking job opportunities in IT sectorVeterans