WASHINGTON — Today, the Department of Veterans Affairs (VA) released findings from its analysis of Veteran suicide data for 50 states, Puerto Rico and the District of Columbia.

The release is part of VA’s comprehensive examination of more than 55 million records, from 1979 to 2014, which will be used to develop and evaluate suicide prevention programs across every state.

The new data include Veteran suicide rates and overall suicide rates by state, age group, and gender and list the most common suicide methods. Analysis of this information will help VA’s Office of Mental Health and Suicide Prevention gain insight into high-risk populations and share that information with community-based health care providers and partners, continuing to expand the network of support for Veterans. 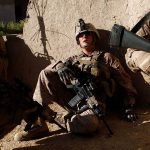 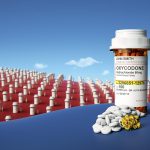 HOW THE VA FUELED THE NATIONAL OPIOID CRISIS AND IS KILLING THOUSANDS OF VETERANSHealthcare, Va, Veterans