Late one summer night in 2014, Kevin Keller broke into his best friend’s home. Keller was a U.S. Navy vet wracked with constant pain, and because his right arm had been crippled by a stroke, he had to use his left hand to scrawl a note of apology to his buddy: “Marty, Sorry I broke into your house and took your gun to end the pain! FU VA!!! Can’t take it anymore.” He then drove to his nearby Veterans Affairs outpatient clinic in Wytheville, Virginia, and pounded on the locked doors of the medical office, probably out of frustration or as a final protest, since the facility had been closed for hours. Keller then put the barrel of his friend’s 9 mm pistol to his head and shot himself.

Grieving friends told The Roanoke Times that Keller couldn’t handle how the VA was weaning him off painkillers. His doctors had told him cutting back would extend his life, but Marty Austin, whose gun Keller stole that night, told the paper, “He did not want a longer life if he was going to be miserable and couldn’t do anything because of the pain.”

Read Full Article
HOW THE VA FUELED THE NATIONAL OPIOID CRISIS AND IS KILLING THOUSANDS OF VETERANS2017-10-252017-10-25https://gitensteininstitute.hofstra.edu/missioncritical/wp-content/uploads/sites/2/2016/11/mc_eagle-for-gitenstein-site2.jpgHofstra Mission Criticalhttps://gitensteininstitute.hofstra.edu/missioncritical/wp-content/uploads/sites/2/2017/10/feopioids01.jpg200px200px
About
Michelle Wallace 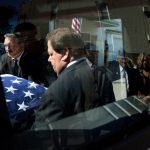 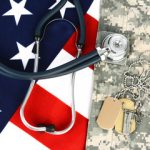