Pensions for Veterans Were Once Viewed as Government Handouts

The Department of Veterans Affairs, which provides services for nearly 10 million veterans each year, currently handles health care, benefits and burials for those who have served. But nomination battles and standards of care haven’t always been the most controversial thing about the V.A.—for years, Americans couldn’t decide whether they wanted to support veterans at all.

It would take centuries, and a tragic world war, to convince the United States to form a department that cared for its vets.

Veterans, even those with disabilities, weren’t always perceived as returning heroes. From the beginning, the United States struggled with how to deal with soldiers’ needs after combat was through.

Though the new nation tried to induce recruits to sign up with assurances of bonuses and pensions, it didn’t keep its promises to America’s first veterans. The Continental Congress pledged money to anyone wounded in the Revolutionary War, but the cash-strapped Articles of Confederation Congress didn’t follow through. 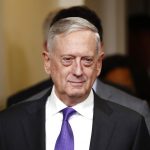